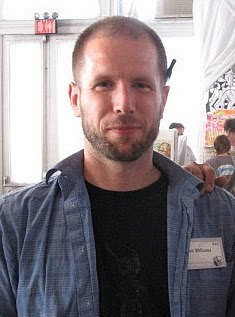 Dylan Williams was a talented comic artist, a passionate publisher and above all else our great dear friend. Dylan passed away this weekend. There are not enough words in the world to say how much we will miss him and his enthusiasm for comics, creativity and life in general. Last year at APE, Thien moderated a panel about the Bay Area comics scene then and now. Dylan, along with Bay Area comic artists Susie Cagle, Ben Catmull, Andrew Farago and Hellen Jo talked about their beginnings and participation in the indie, small comics community. The interview gives just a tiny glimpse at how influential and important Dylan was to comics and the many lives he touched.

Dylan would post about the Comix Claptrap on the Sparkplug Comics blog. He lovingly compare us to Dean Martin and Jerry Lewis and say that Thien's podcast personality resembled the likes of Henry Rollins, Bill O'Reilly and Alger Hiss. Against his better judgement, he would sometimes actually listen to the show, and say that his favorite parts were when Finn would cry or scream in the background.

Dylan, we love you and we thank you for your heart, laughter and generosity.

Emily said…
Dylan was such a bright independent spirit in the comics community. He was always friendly, and encouraged my fledgling comic career, always offering to trade his comic for mine at a comic convention. Sparkplug is an awesome legacy: a beautiful, eclectic mix of artists' stories. Dylan will be greatly missed.
September 13, 2011 at 12:11 AM 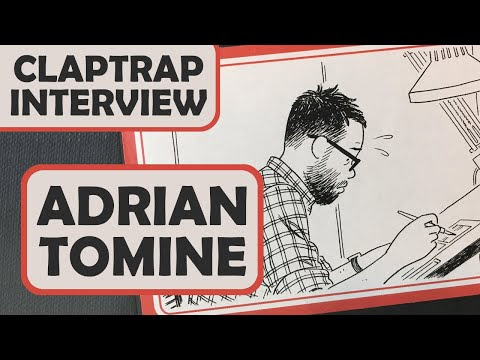